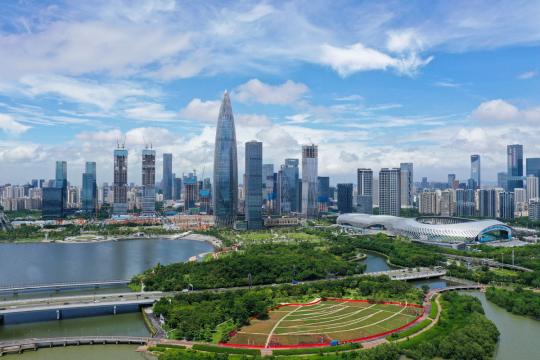 The new regulation, first of its kind in China, was adopted at a meeting of the city's People's Congress Standing Committee on Oct 29, aiming to better protect the physical and mental health of workers.

Employers are required to enforce the paid leave policy, and arrange rotation for employees with a heavy mental and physical workload to relieve excessive physical and mental injuries, according to the regulation.

Human resources departments and trade unions should strengthen employer supervision and inspection on the implementation.

Chinese internet users have expressed their support for the new regulation but still worried about the implementation. Although paid leave has been included in the country's labor law for more than 20 years, few workers could enjoy it.

Internet user Yixiaoshenghua said it has become the default rule of one day off in a week in his company, and even then there were no overtime wages for working on statutory holidays.

A worker from a property company said working overtime has been normal due to the adoption of performance pay and the wage level, depending on the workload. She said the implementation will encourage workers.

Professor Tang Renwu, president of Beijing Normal University's School of Government, said studies should be done on the feasibility of the regulation, cost of supervision and how to punish employers for not implementing it. Tang added details of the regulation should be made as soon as possible.

Show of K-pop group dropped amid anger over panda mishandlin

Australia's event calendar springs back to life with COVID-

Not an end, but a starting point